I've been busy the last several days so I didn't see much point in trying to get much done in the way of social media. I took my kids to Minneapolis for the weekend where we had lots of fun. We got there Friday evening and went out to eat at a pizza place that served omni and vegan pizzas. I had an amazing pizza with vegan brownies for dessert. It was delicious!

Saturday we went to the Minnesota Renaissance Festival (for those of you who don't already know, I am a die-hard Ren Faire fanatic). I was there once many, many years ago and didn't remember that it's one of the largest Ren Faires in the country. Between the Ren Faire, using the hotel gym, and walking around the city some more we did 12 miles of walking that day. I reached another milestone weight-wise, so that was a nice added bonus.

We headed back home Sunday morning because I had to go back to work that evening. Yesterday I had to put away all the stuff from our trip, clean the house, and get some shopping done. I did relax last night which was much-needed.

So, all in all, we had a blast. Here's a few pics of our journey. 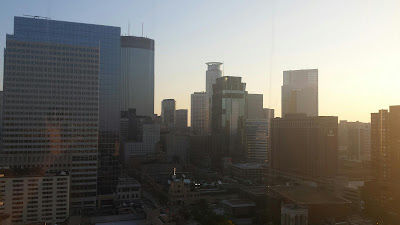 A view of Minneapolis from out hotel room. We had a room on the 23rd floor, which was really cool. 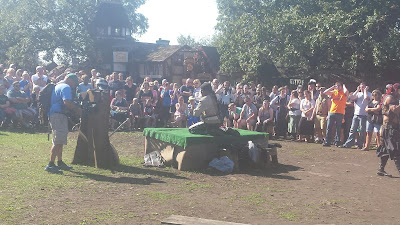 At the Ren Faire. This was the first act we saw when we arrived. An escape artist who got out of a straight jacket. Very cool. 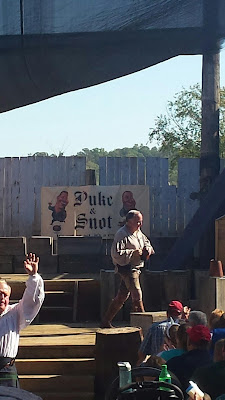 The legendary, world-famous Puke & Snot was at the faire! I had always heard that if one ever got a chance to see them, not to miss them. I didn't think I'd ever get to see them so that was exciting! They were awesome. 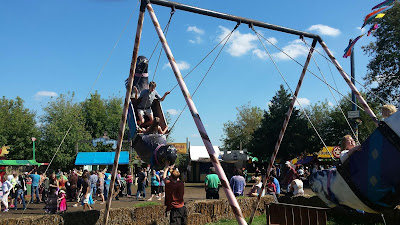 The kids rode on old-fashioned rides like this one. Fun! 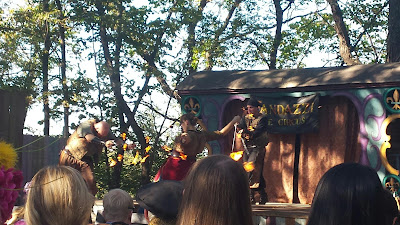 Fandazzi Fire Circus. This was really cool. They had a band that accompanied them, and they were all amazing. I made a video of it. 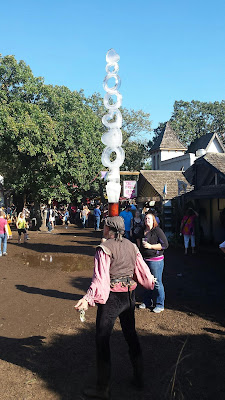 Balancing an ice sculpture on the head. 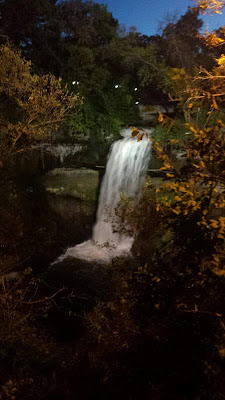 After relaxing for a bit after the Ren Faire, we headed over to Minnehaha Park. I had heard that there were falls there, and there sure was. Beautiful! It was kind of late when we arrived, but no worries, they light it up. 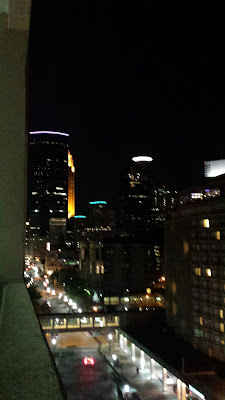 A view of the city from the top floor of the parking ramp at the hotel. The kids wanted to go to the top, and I didn't care. It was fun. 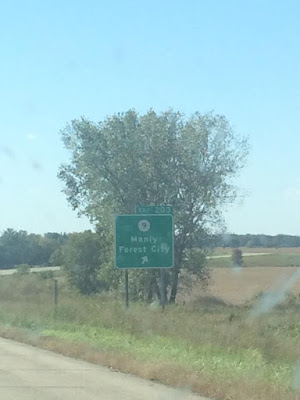 Last, but not least, we drove by this sign on the way to and fro. We thought it was pretty funny. Maybe we'll stop at Manly Forest City sometime.  ;)