Over the past few years, I've been moving more and more towards a vegan diet.  Although I haven't completely given up my carnivore ways, I do tend to eat more plant-based food than any other kind.  I love vegan food, not just because I feel better when I do, but because I love the challenge that vegan cooking & baking provide.  I've started delving into more labor-intensive vegan projects, just yesterday my extra-sharp vegan white cheddar cheese finished culturing and firming.  I have to say, it was mighty delicious for a vegan cheese which made me happy.  Cheese is one of the hardest things to give up for this fledgling vegan.  This is the case for most dairy products, milk included.  I was out of vegan milk the other day, and opted to make my own as I had purchased this awesome, large canning jar (6 cups+!).  It's made with oats and coconut, hence the oatonut name.  Here's how I did it. 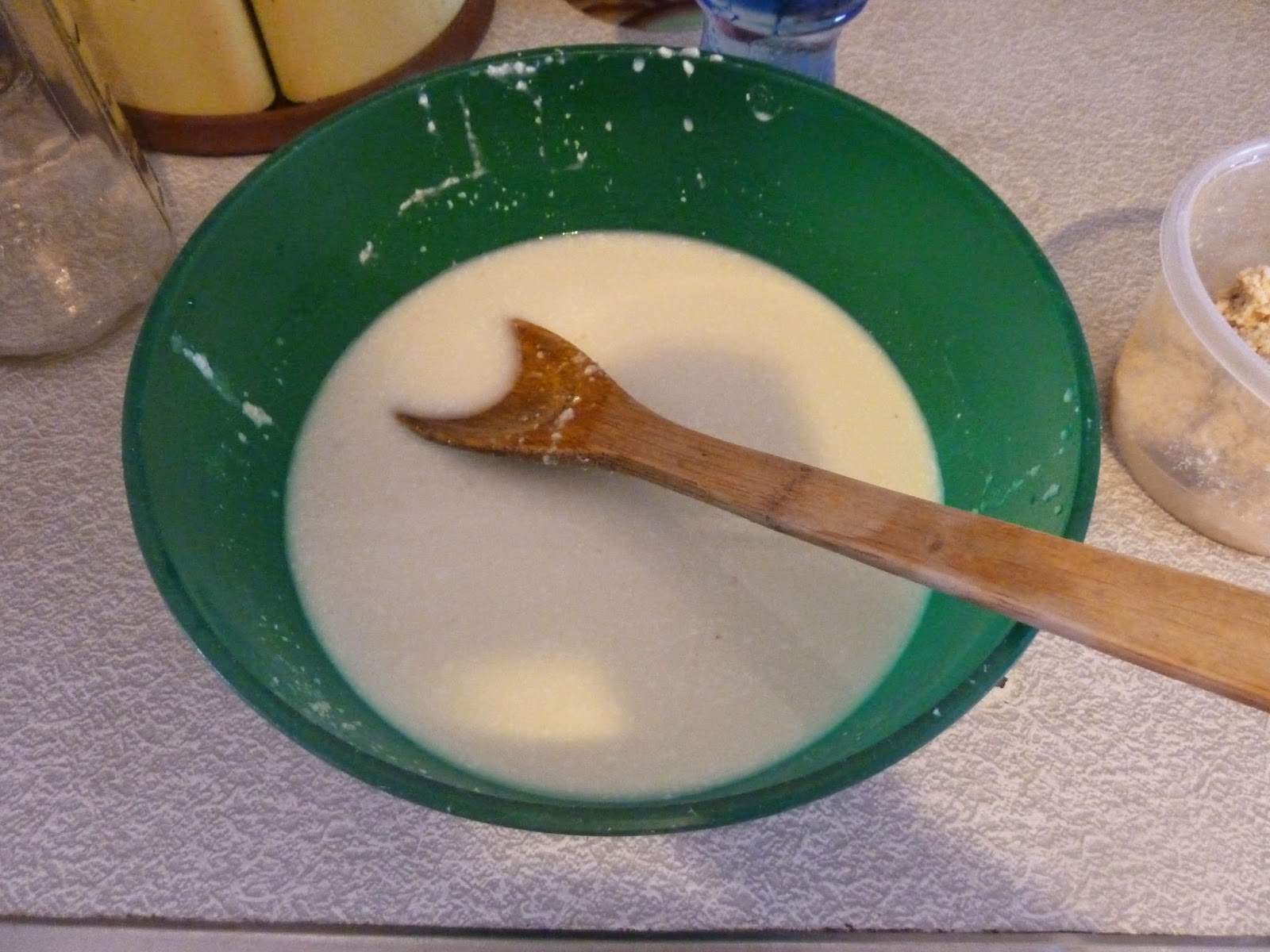 I added one cup of oats (the kind you use for oatmeal) and one cup of shaved, raw coconut to a food processor.  This recipe would actually work better with a high-powered blender, but alas, I do not have one.  Someday Vitamix, someday!   I digress.  Add two cups of water and whiz in the processor for one minute.  Using a strainer (see mine in the following pics) drain into a bowl as shown above.  You will have to press the oatonut pulp with a spoon to get as much moisture out as possible.  I then added the pulp and another cup of water back into the processor for another minute.  Repeat with the straining and pressing.  Then I added two cups of water, one cup at a time, through the pulp in the strainer and into the bowl.  This I did just to get any starchy milk goodness left behind. 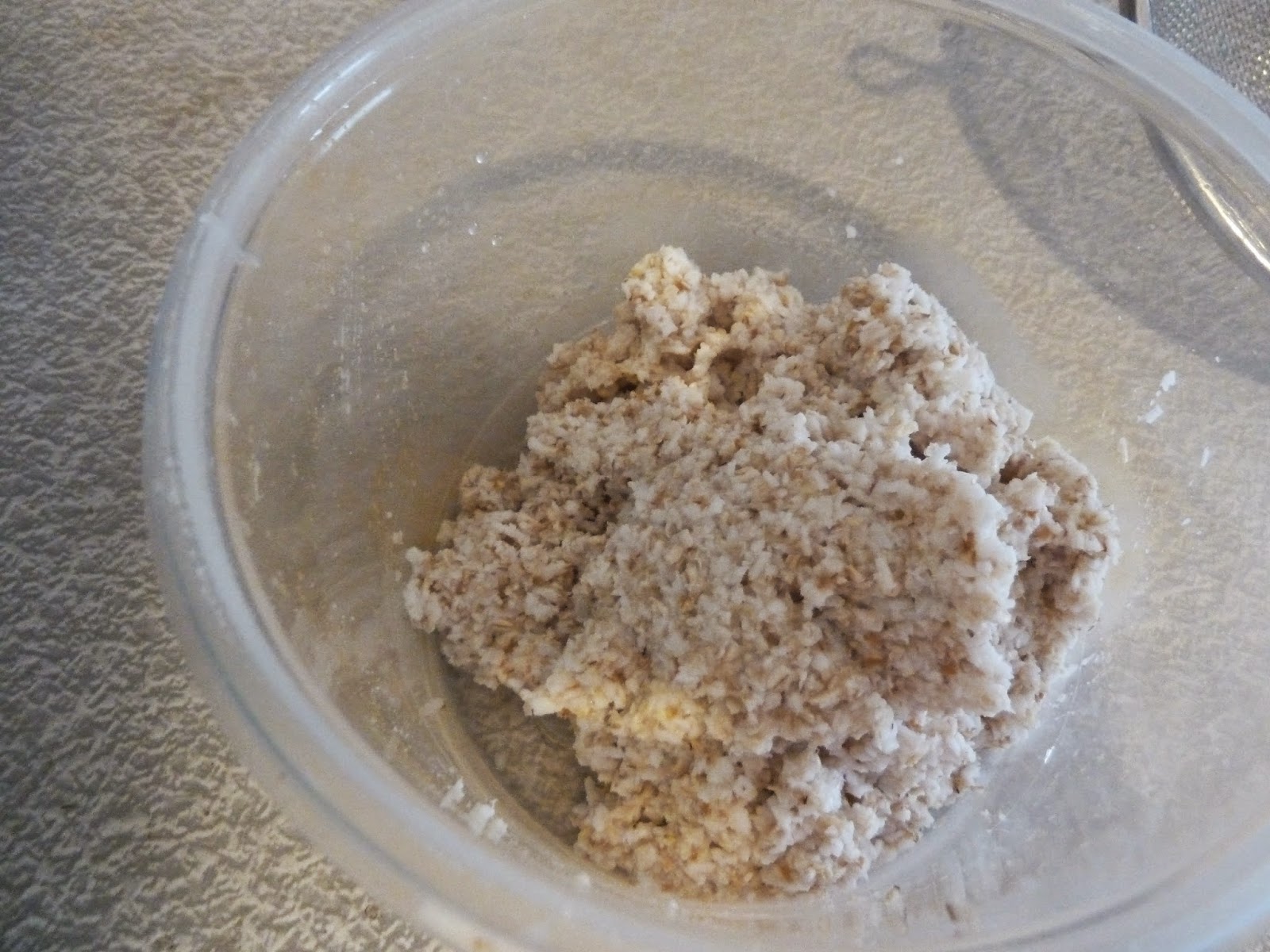 Don't throw away that pulp!  I saved it in this container and put it in the fridge.  You could add it to just about anything:  pancakes, muffins, or bread.  My husband's birthday was the next day so I added it to his chocolate cake batter. 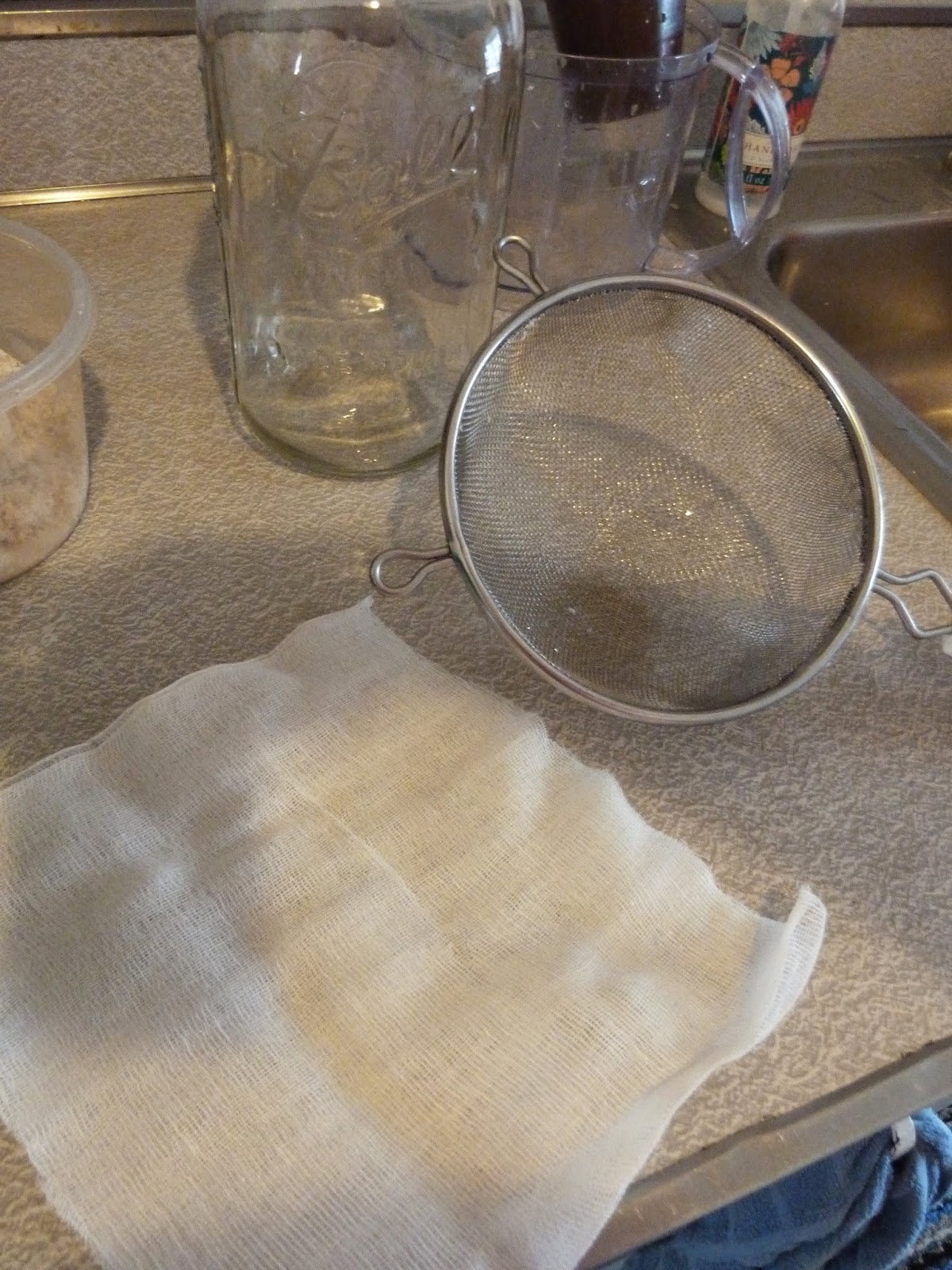 Now that milk has been made, it needs a further, finer straining.  Here you see my large Ball canning jar, my strainer, and a nice square of cheesecloth. 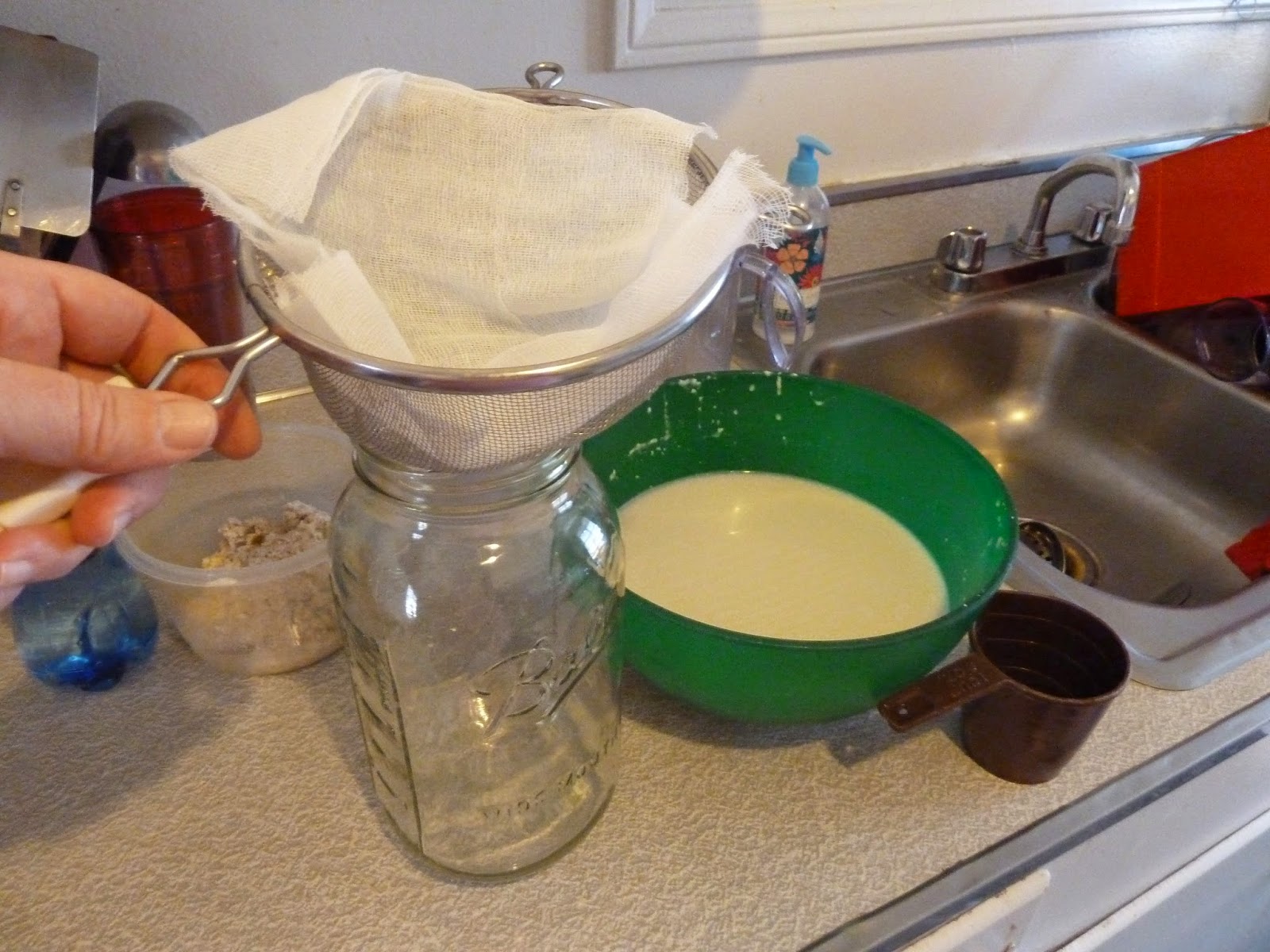 I lined the strainer with the cheesecloth, then using a one-cup measure, I poured the milk through the strainer.  I found that the mouth of the jar wasn't wide enough, and I was making a mess so I tried this next step instead. 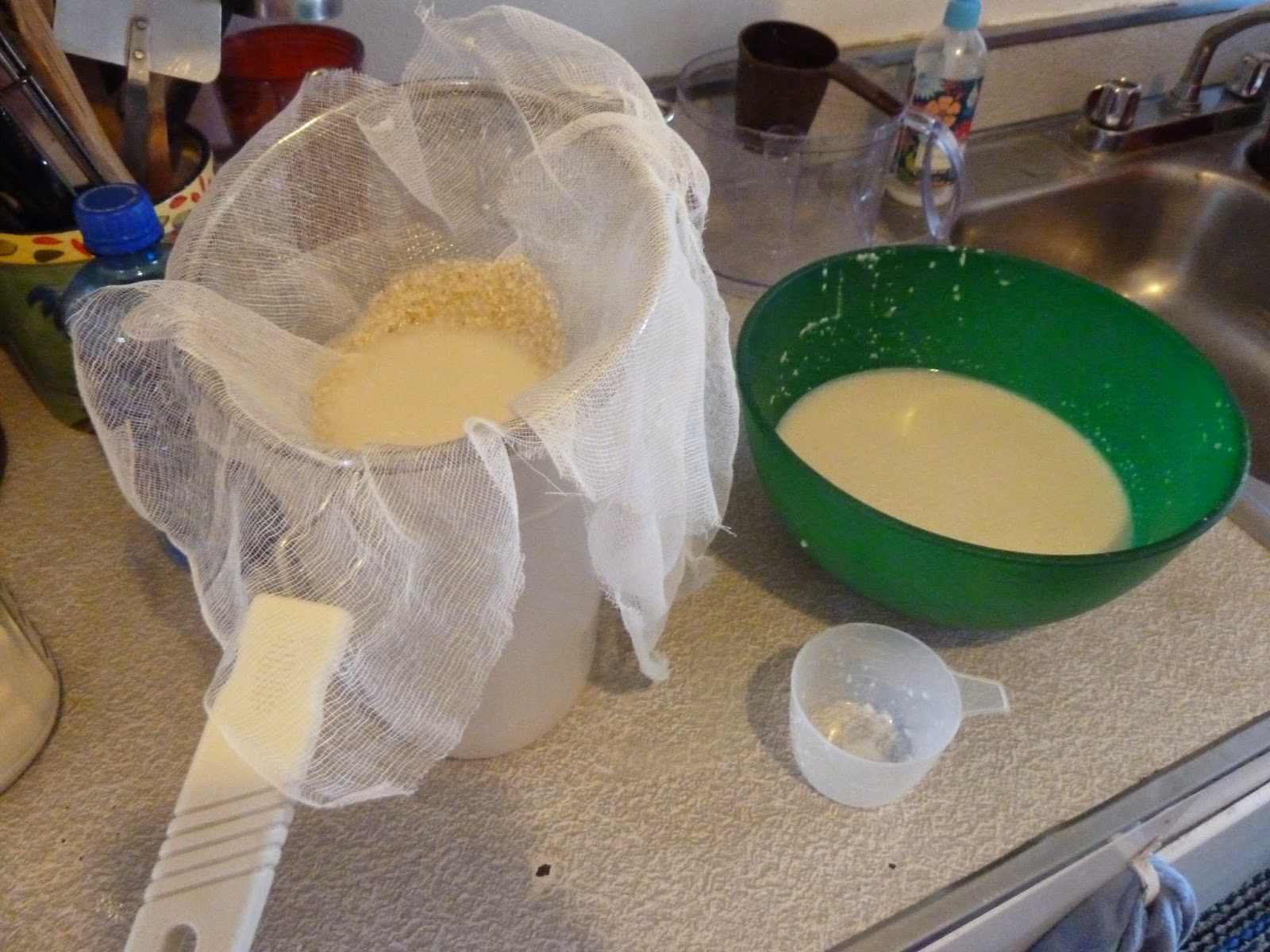 I put the strainer over a pitcher instead.  Perfect!  You will have to change the cheesecloth a few times as it gets clogged quickly with the pulp. 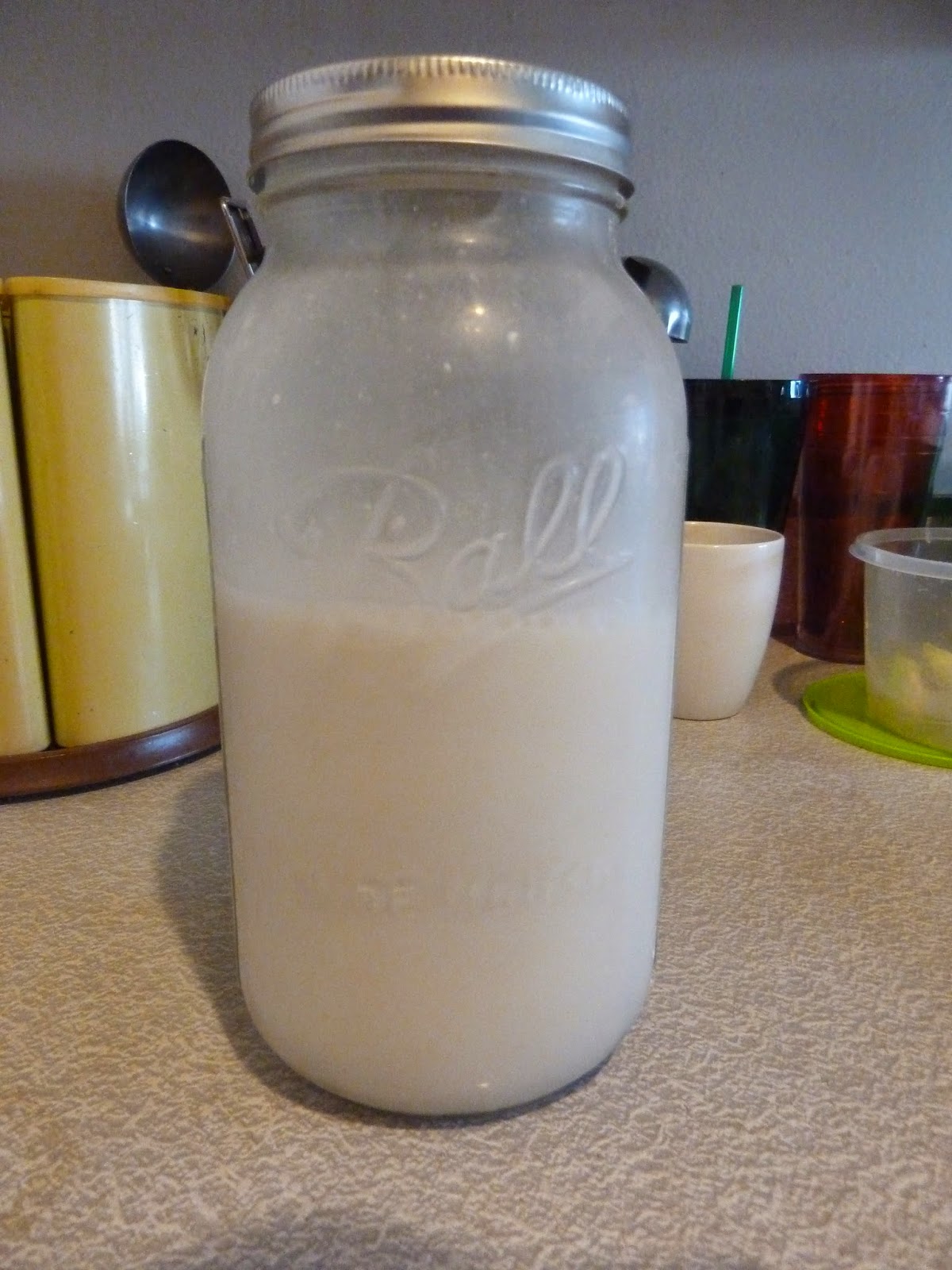 When the milk was completely strained, I put it in my extra-large canning jar and added enough cold water to make six cups.  It was a good consistency for me at that point, and if you like your vegan milk sweetened you can add that in now.  I like my vegan milk unsweetened, particularly because I cook and bake with it as well as drinking, but maple syrup, stevia, or a touch of turbinado sugar would be nice.

There you have it!  It wasn't as hard as I expected it would be to make, and it tastes delicious!  Enjoy.